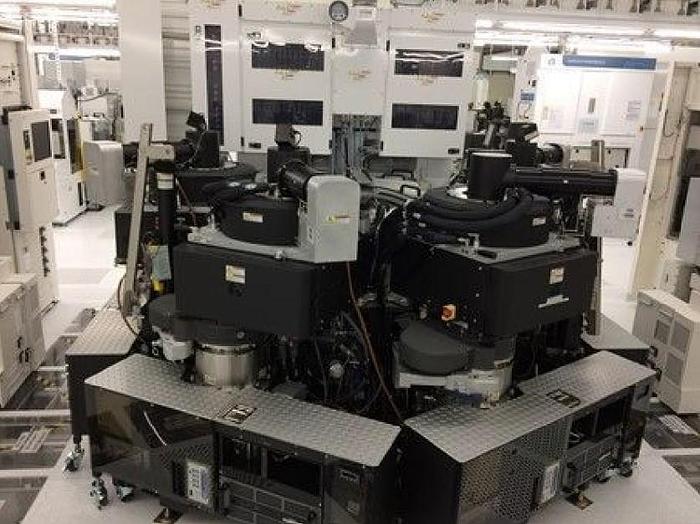 Tarasemi purchased this from GF in Europe.

The AMAT Centura Enabler is an Etch tool with 4 chambers. Each chamber has some parts missing and the gas cabinet you can see has 25% of the MFC's missing. It still has the PC and software which is located on either side of the gas cabinet and also another PC on the user interface. The AMAT Enabler was powered on a few weeks ago to decontaminate it, it did everything it should do on power up so it's still a very good tool for a refurbisher to take. There are chillers included but no pumps.