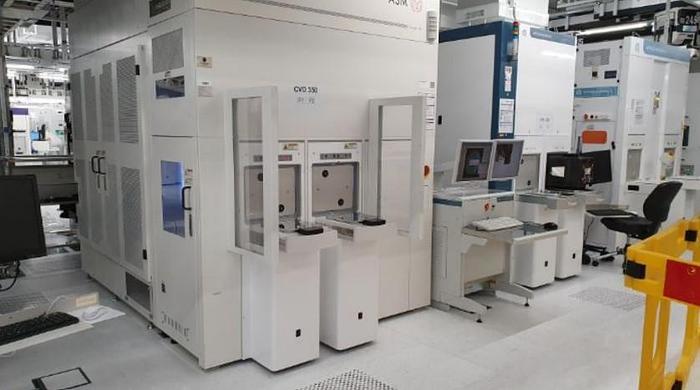 The ASM Eagle is like new. It was never used in Production and only used to test wafers. One chamber had a throttle valve issue and RF Gen issue. The RF Gen was replaced but they did not replace the throttle valve so only one chamber was used to test the wafers. The liquid gas panel was not used. There is a full ASM Eagle tool box with the tool also there are 2 spare MFC's include too.

Are you in need of a high-precision, reliable tool for creating thin film coatings on your semiconductor substrates? Look no further than the 2010 ASM Eagle XP5 PEALD system!

This advanced machine utilizes plasma-enhanced atomic layer deposition (PEALD) technology to create ultra-thin, uniform coatings on a variety of substrate materials. It is capable of producing coatings with exceptional uniformity and reproducibility, making it ideal for a wide range of applications in the semiconductor industry.

The ASM Eagle XP5 is a versatile tool that can be used to deposit a wide range of materials, including metals, oxides, and other compounds. It is also capable of operating at a range of process pressures and temperatures, making it suitable for use in a variety of manufacturing environments.

In addition to its impressive coating capabilities, the ASM Eagle XP5 is also built with durability and ease of maintenance in mind. It has a robust design and is backed by ASM's reputation for producing high-quality, reliable equipment.

Don't miss out on this opportunity to add a powerful, flexible thin film coating system to your manufacturing arsenal. Purchase the 2010 ASM Eagle XP5 PEALD today and take your semiconductor production to the next level!